Fear and Loathing in the White Mountains 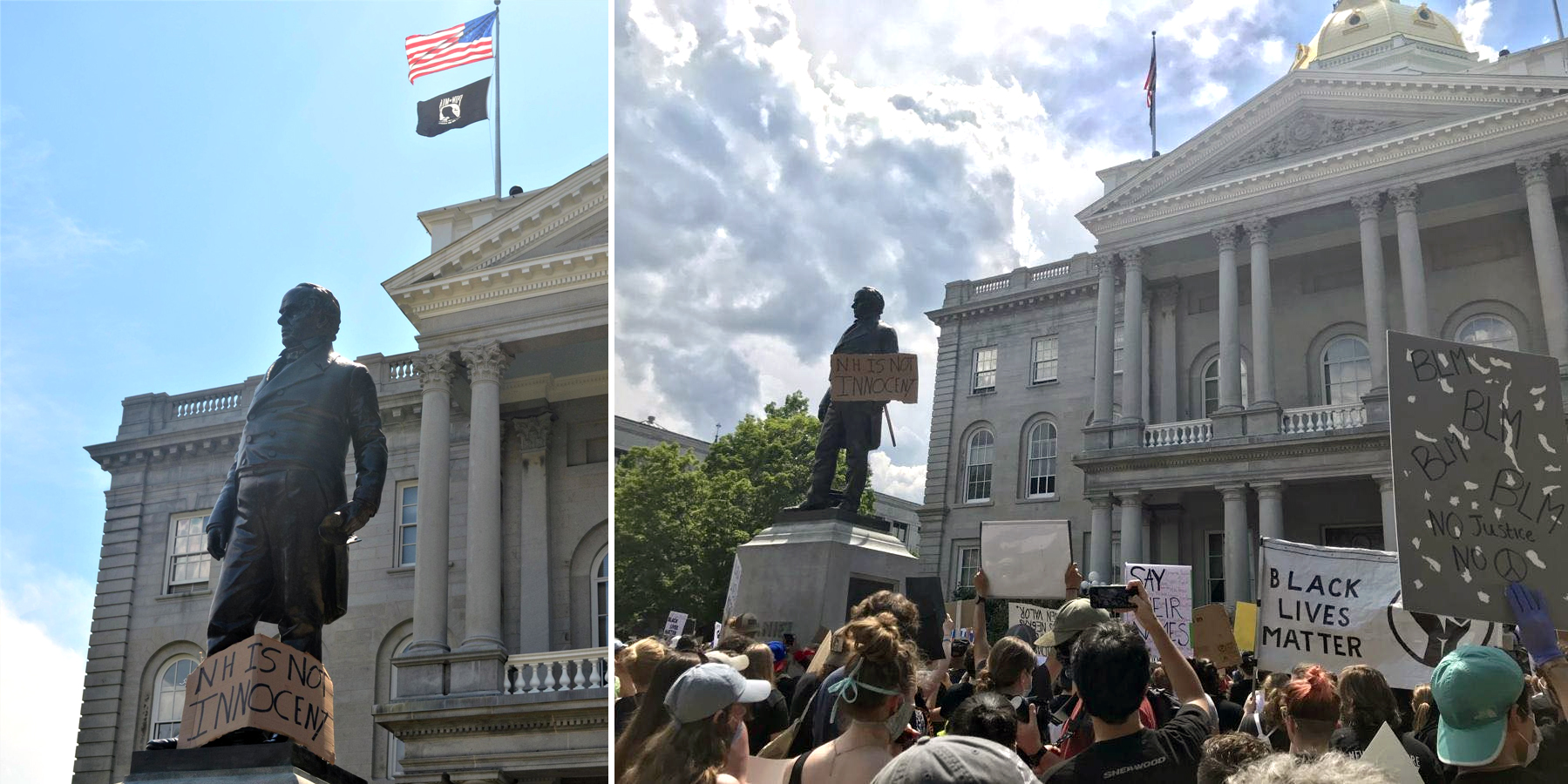 09 Mar Fear and Loathing in the White Mountains

It’s mid-morning on a warm spring Tuesday and I’m staring over my favorite hot dirty spiced chai at Cafe Monte Alto while reviewing emails and going over my weekly schedule, pondering to myself, ”How will today go?” I’m referring to House Committee hearings this afternoon. What will today provide for relief or distress? Are the Republicans going to keep playing God, ITL’ing housing relief bills, restricting abortion rights, access, and funds, or any other form of denying another basic human need or right today? Will the hearings include more racist and race-baiting language and scapegoating of whatever choice buzzword the Majority chooses for the appropriate hearing? These are not unfamiliar instances for BIPOC activists, elected officials, and any individual who is engaged in the conversation in our state, nor is it a new issue. Since Black Lives Matter found a substantial amount of support after the murder of George Floyd, everyone regardless of political affiliation has taken up arms to either construct a truthfully inclusive world for society, or fighting to retain the White supremacist, sexist, xenophobic, transphobic, and exploitive class-based control our country was founded on. Quite frankly, it is extremely heartbreaking. I found myself back in New Hampshire about a month after the pandemic began, and was living in my car and on couches of family, pondering if I’ll be safe in Rumney, NH away from the chaos of the New York Tri-State Region and the assumed downfall of humanity. I packed up all my belongings and drove back north all within one evening, and still to this day I remember the horror of driving through Manhattan while hearing countless sirens and seeing next to no pedestrians or traffic. As I found myself starting to gain my feet financially and be stably housed again, I watched the footage of George Floyd’s murder and witness the media explode over the course of three days while wondering about all the past microaggressions and overt instances of racism I experienced. Needless to say, I was PISSED with the world and America in general.

I could not tell you the number of miles I marched this summer if I tried, but I assure you it’s not a reach to say about one million steps were made. Together with so many other people over last summer, many of them who are reading this currently were in attendance at protests or events, organized slow changes locally in creating the conversation regarding human rights and respect for humanity. I could not tell you how many times I heard me or a friend be called racial slurs, told “to get jobs”, “go back home” (while many of us grew up in this area), or received physical threats. Our signs were torn up, and to my knowledge, I had the police called on me six different times over last summer for no reason.  Three of those calls were on the July 4th event on Plymouth Town Common and following march and die-in, even despite the Plymouth police department’s support. One individual screamed at me and called the cops over me playing music. I was playing Marvin Gaye, and clearly, the call was racially driven by that stranger. If you told me I was going to be thrust from a quiet, financially unstable, and reclusive life into being at the front of the conversation on these issues, being approached by reporters and activists, and having a statewide presence that I try to still withdraw from, I’d assume you’re insane.

As of late, I still to this day do not feel welcomed or wanted in my hometown. The hard cold gazes of strangers and acquaintances, the lost interpersonal and family relationships, the asinine commentary, and lack of effort of the community at large to encourage a diverse, inclusive, respected, and youthful community makes me nauseous. But you know what really is the largest issue in the room currently? As discussed in Doctor Martin Luther King Jr.’s famous “Letter from Birmingham Jail”, ‘the Negro’s great stumbling block in his stride toward freedom is not the White Citizen’s Councilor or the Ku Klux Klanner, but the white moderate, who is more devoted to ‘order’ than to justice; who prefers a negative peace which is the absence of tension to a positive peace which is the presence of justice […]’. I watched many of those currently reading awkwardly look from afar at our demonstrations, and not a single word was spoken between us besides cordial hellos or the ask of our labor for your campaigns or personal interests. Maybe you shared an Angela Davis quote on Facebook, shared a black box on Instagram, watched the movie Roots, talked to your racist Uncle John or some other hollow form of solidarity instead of working to deconstruct the very foundations and environment you built for my generation and the BIPOC community. One particular jarring instance was a day a friend of mine was canvassing with our local former and current officials on Tenney Mountain Highway. Across the way, a Trumper was abusing him with racist and antagonistic comments. Nobody spoke up for him and the silence was violently loud. As a matter of fact, many of whom were in attendance condemned him for speaking back out of anger after the fact. Do you understand how exploitive that behavior is to our traumas and emotional wellbeing that you could not stand up when the opportunity was provided to your constituents? If you’re upset with these words, you need to take a hard introspective look in the mirror and have a long conversation with yourself and your higher power about your values.

I digress, creating division will not solve the issues we’re continuing to face as our voices are being continually suppressed by folks experiencing white fragility, overt racist citizens and state actors, and oppressive legislature such as HB 544. This article is a call-in, not a call-out. We need you to follow through on the promises, values, and obligations to your constituents made to protect and provide for us. We voted for you because we trust you and we want you to be the leadership we imagine. Piss poor excuses or feigning ignorance is not going to suffice any longer. New Hampshire is an aging state that is gentrifying more by the tic toc second of the clock, and we need to work together. Youth like myself need direction, mentoring, and support for our work. I cannot name a single local representative or senator whoever came to an event, offered direction or support, or had the conversation with local activists from the beginning of this movement. It doesn’t have to be this way. Excluding us from the work is an ugly shade of green on your part. But as quoted by Shirley Chisholm, “If they don’t give you a seat at the table, bring a folding chair.”

Trysten McClain is a current resident of Plymouth, NH who spent most of his life in the greater Grafton region. He is on the Advisory Board for Plymouth Area Democrats, an area activist for LGBTQ+ rights, Black Lives Matter, and inclusion and many other socially progressive Democrat ideals. He is a young man entering into politics and planning a campaign for State Representative in 2022.