Why I Am a Democrat 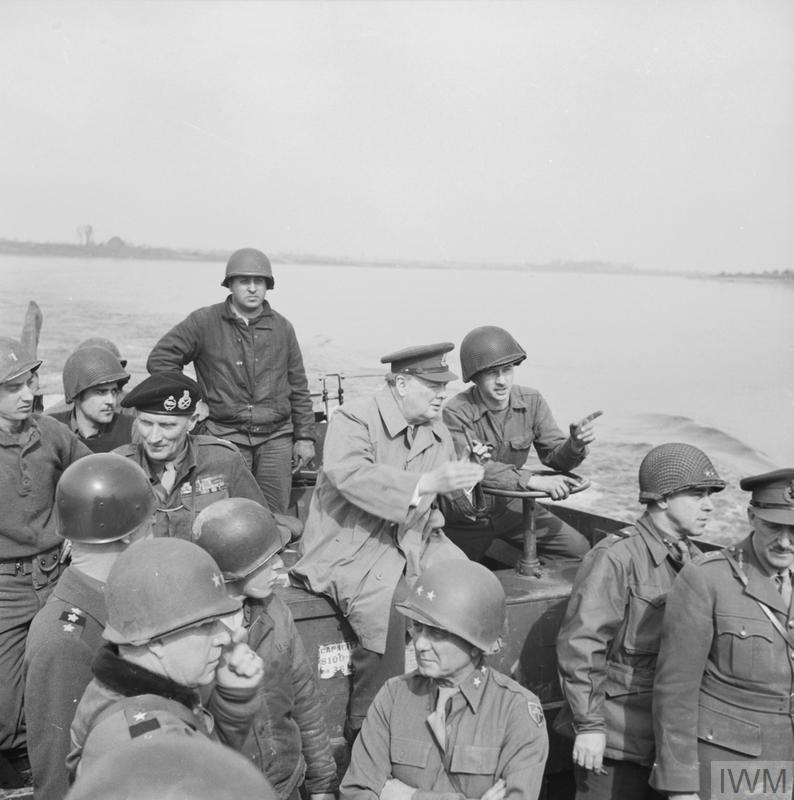 Why am I a Democrat?

As I sit down to write this, we are in a moment of unparalleled Constitutional crisis. The head of the FBI has just been fired by the President in a move that can only be described as a not-so-subtle attempt to derail the Bureau’s investigation into Trump’s ties to Russia. The GOP is waging a war on women’s bodies, voting rights, education, and the environment. They are seeking to unravel the threads of democracy, restore inequality and control of the few over the many. This, friends, is a terrifying time, a waking nightmare. If you feel this way, please know that you are not alone.

Part of this crisis involves a larger philosophical question about semantics, the meaning of words, a field of study which has been uncannily politicized these days. Accusations of “fake news,” and the wielding of “alternative facts” and false equivalencies are all part of this administration’s attempt to gaslight this country into authoritarian control and submission. Words are emptied of meaning – freedom, access, choice cloak the forces of white supremacy, misogyny, bigotry, and xenophobia. It is not a coincidence that Orwell’s 1984 has returned to the bestseller’s list. Trump’s mandate, like that of Big Brother, is that we believe the party over the proof of our own eyes and ears. 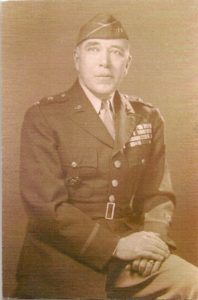 Being a democrat means understanding what these words – freedom, access, choice – really mean, and what they should mean, to us as citizens of the world’s oldest democracy.

At this point, it would be useful to introduce myself and give you some background on me and my family.

First and foremost, I, Dr. Emma Van Ness, am an educator. I teach at Plymouth State as an adjunct, the exploited lower class of higher education. My specialization is twentieth century Italian studies, especially post-war Italian cinema, including neorealism. I teach Italian language and film classes, Sex and Cinema and Deviants in Cinema, classes which focus on psychos, sociopaths, Nazis, Fascists, and criminals. So as you can see, I am particularly qualified to criticize the Trump administration.

I am also a feminist. I spend most of my days talking about women, mothers, sisters, 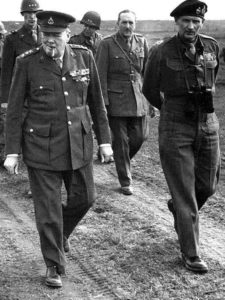 gender, but today, I want to focus on fathers, particularly my grandfathers and my great-grandfather. The men of the “Greatest Generation” in my family carry a special significance for me today, as a resistor.

But let me first tell you about my father. He voted for Trump. I begged him not to and laid out the issues that I found troubling, including the infamous pussy-grabbing video, and my own father refused to talk to me about it. He still refuses to address why I would find it so upsetting that my own father would vote for a man who bragged about sexual assault. He dismisses my “hysteria”, making communication with him nearly impossible. So I have looked to the older generations for guidance in the void that my father’s example has left in his wake as he abandons principle for party.

Why am I a democrat? Because besides being a “liberal academic elitist snowflake,” I have a ton of military history in my family.

My great-grandfather, General John B. Anderson, was a major general in World War II. A graduate of West Point and veteran of World War I, he commanded the XVI Corps of the Army Artillery Unit. His most significant achievement was ferrying Churchill across the Rhine, despite Eisenhower’s protestations. He fought in the Ruhr Valley and liberated Roermund, in the Netherlands, where there is a street named after him. He retired after the war since he was almost completely deaf because of the roaring of the cannons. I never knew him since he died before I was born, but his figure looms large over Van Ness family lore. 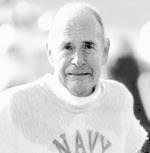 My paternal grandfather, Capt. Harper “Smiling Jack” Van Ness, went to the Naval Academy and became a naval aviator. Besides flying test planes and living on a Destroyer, where he developed a particular hatred for asparagus “because it was all we had to eat for months,” he later went to work for NASA as an aeronautical engineer. After the war, he considered being an astronaut for the nascent space program before he was told that at six foot three inches, he was too tall to fit in the shuttle. When I was a little girl, I still remember visiting him at the Air and Space Museum where he worked. He was the gentlest, kindest man, an avid athlete and runner, and me and all of my siblings and my daughter all share his broad, crooked smile.

My maternal grandfather, Dr. Humphrey “Jiggs” Cordes, was also a captain in the Navy during World War II. He was stationed in the Pacific, also on a Destroyer, awaiting the order to invade Japan when he saw a strange-looking plane, the Anola Gay, only to later discover what the contents of its belly had been. I can’t imagine what he must have felt knowing what he had been spared at the hands of nuclear annihilation, the horror he had been spared and the horror it had cost so many other innocent Japanese citizens at Hiroshima and Nagasaki. He wept when he told me this story because he knew that war is horror, pure and simple, not a political chess game or a means to boost one’s approval ratings. 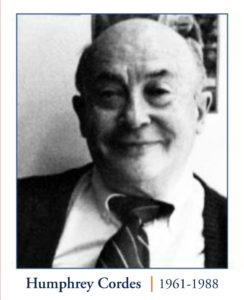 When Jiggs returned home, he earned his Ph.D. in Classics from University of Chicago, later to be my alma mater as well, and became a Latin teacher for more than fifty years at the Latin School in Chicago.

I most clearly followed this path, the one of education, because I have a reverence for learning and a curiosity and love for knowledge. Now, nationally and in New Hampshire, we have people running the Departments of Education who know nothing about the vocation of teaching – because it is a vocation. I am underpaid. I do not receive benefits. This is what my labor is worth under the current system, according to the powers that be. I do not teach business, accounting, or science, anything related to the STEM fields. I teach humanities.

Speaking of humanities, a field that is often dismissed, considered obsolete or elitist, I think it is worth noting what Churchill said as Prime Minister, when asked, during the war effort, if the government should cut funding for the arts. His response – “Then what are we fighting for?”

Jean Genet, the French playwright and novelist who was part of the so-called “School of the Absurd”, stated that fascism is theater. Hitler and Mussolini held rallies to consolidate power and make a show of their popular support. So does Trump. When he should be leading our nation, he is campaigning for re-election. Trump is a reality tv star from a rich family who received seven deferments from Vietnam. When I see him wearing a military jacket, pandering to veterans or the troops, he seems to me an oversize boy playing soldier. He speaks about using nuclear weapons and “bombing the shit” out of ISIS. Does he have any concept of what that means or what the consequences of those actions are? A nuclear bomb does not just hit terrorists, no matter how precisely and carefully you drop it.

Being a democrat means holding this administration accountable. When Trump dropped the MOAB, the “mother of all bombs” on an ISIS cave system in Afghanistan a few weeks ago, I was waiting for class to begin and mentioned the event to some of my students as they were milling in. One student exclaimed, “Awesome!” Later, I read that Donald Trump Jr. expressed the same satisfaction that his father had fulfilled his promise to “bomb the shit out of ISIS.”

War, to many Americans, has become an abstraction. To some, it is a burden and to some, a vocation, a career. Yet regardless of how you feel about the validity of the global conflicts we are involved in as a nation, it bears noting that we have the ability to, with our nuclear arsenals, destroy all life on the planet many times over. I do not feel safe and I fear for my family, my friends, my daughter, and humanity when our commander in chief is engaging in gratuitous saber-rattling at a country with a nuclear arsenal and another unstable, megalomaniacal leader at its helm. There is a thin line between bravery and stupidity and our President is squarely on the latter side.

So why am I a Democrat? To honor the memory of these men, my family’s Greatest Generation, who fought for democracy against the dark forces of racism, antisemitism, and authoritarian rule, but also to safeguard my daughter’s future from those who would erode her freedoms, her control over her own body, her education, her ability to have a future that is based on more than empty rhetoric.

The Neorealists, Rossellini, Visconti, and others, made films to record the consequences of Fascism and Nazism on the landscape of their cities and their psyches. Like them, we must hold these Fascists accountable through a call to realism, to reality, by not forgetting what words really mean, that semantics only allow their meaning to bend only so far, and most importantly, that in the wake of true horror and destruction, words fail and actions prevail.

I have heard my forefathers’ call to action in my own and I will not blink nor look away. It is time for us to act, to save our democracy for future generations.

That is why I am a Democrat.