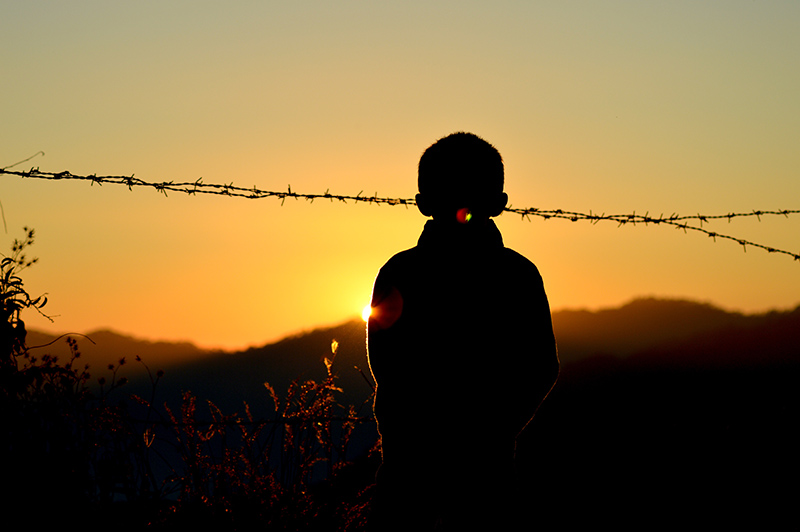 Like most Americans, I was emotionally devastated at the spectacle of thousands of innocent, crying and screaming children being separated from their parents as they crossed our border and were distributed to kennel-like holding pens—by our own government.  I could only conjure up images of family separations at the hands of the NAZIs or slave auctions earlier in our own history.  My grief quickly turned to rage as I grasped the complicity of fellow citizens who blindly follow the current occupant of the Oval Office and are willing to look the other way, making cheap excuses, spouting cherry-picked scriptures, or sticking their heads in sand.  I cannot believe that so many Americans have utterly caved into this administration’s agenda.  It seemed like Kristallnacht was not far behind.

Fortunately, my gut feeling is that the child separation atrocity was a low ebb—a bridge too far for even many Trump supporters.  I hope I am right.  If so, there is likely a segment of citizens who voted for Trump in the last election and are amenable to a rational dialogue about the direction our country should take, but only if we can present the right message.  It is hard to have a discussion about complex issues of inequity and the ethical role of government when we are allowed only a sound bite.

One of the most profound challenges for Democrats is making inroads against the ideologies of those who advocate for a small government.  If asked, many Republicans will explain that they are not against compassion, but will explain that helping those in need is a role for churches, NGOs, and the Rotary Club—but not the government.  Here is why that is wrong: Throughout the history of our country, our government has played a central role in facilitating the current state of affairs—from laying the structural foundation for poverty and vastly wealth disparities to the tilted playing field that secures unfair advantages for deep-pocketed industries and the very rich.  In a myriad of ways, our government has been the instrumentality of inequity, from sanctioning slavery, to supporting predatory health care prices, to implementing policies that provide unfair advantages to a privileged few—picking  winners and losers in the process. Government had a central role in creating these problems and now must play a central role in fixing them.

Connecting the dots between past injustices and current affairs is inherently a multi-step process that defies sound bites and may seem diffused and attenuated. However, it is no less real.  Many of us benefit from the standard of living we enjoy in America today, but we cannot opt out of our past (or our cancer risk pool).  Just as we cannot opt out of the debt we owe our forebears in uniform who have defended our country from our enemies, we cannot opt out of the built-in debt we collectively owe to those who are today’s victims of yesterday’s slavery, corporate robber-barons, or ethnic discrimination.

In many ways, those who wish to come to America today from south of our border are no different than those who immigrated from Europe in past centuries to pursue a better life and escape crises, both political and economic.  Yet there is an important difference: America has played an enormous role in creating the very conditions (e.g., poverty, gangs) that make so many people try to flee here from Central America and other areas in Latin America. During much of the nineteenth and twentieth centuries the US has interfered repeatedly in the governments and economies of the countries in our backyard to secure economic advantage and support dictators friendly to US corporations. They are not simply unlucky or poorly educated. We poisoned their well water and now we refuse to share ours.

Ignorance on the part of much of the population is not intentional, but it presents a hurdle for political persuasion. For example, US schools have done a poor job in providing a thorough and balanced view of our history. (The same can be said of schools in Russia, China, Myanmar, and Turkey). It will often be necessary that we share a little additional background to frame our conversation with voters, whether the topic is education, voting rights, healthcare, or immigration.  Clearly, this is a challenge. Many of the voters that are cheering efforts to disenfranchise minority voters, turn immigrants into scapegoats, and disseminate absurd conspiracy theories are very comfortable in their bubbles. We need to be creative in developing messages that can burst through a few of them.